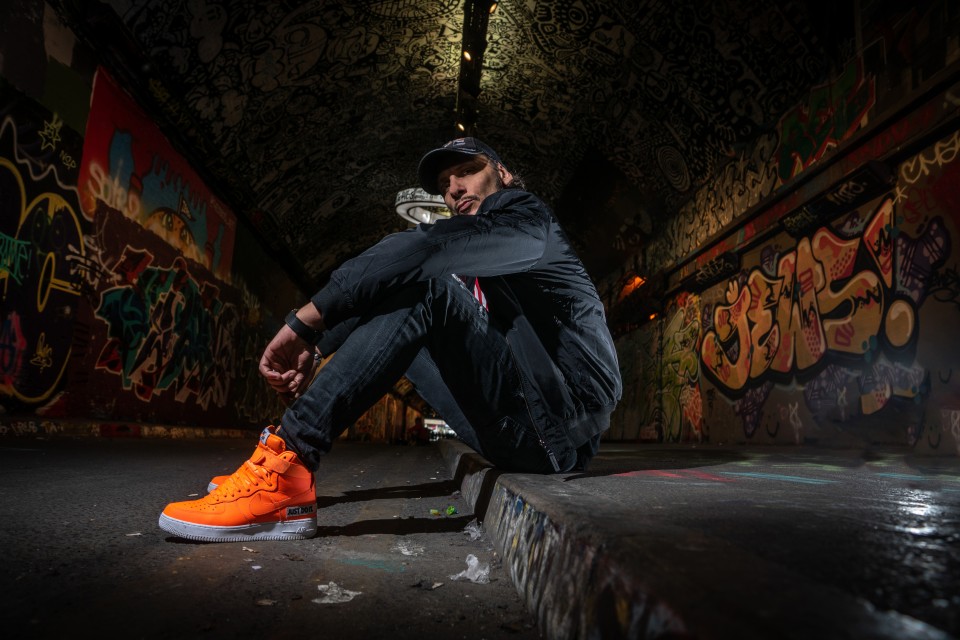 Junior Jack’s achievements are a multitude. As a producer, he’s created some of the best records of the early 2000s in house music, including ‘My Feeling’, ‘Thrill Me (Such A Thrill)’, ‘E Samba’, ‘Dare Me (Stupidisco)’ and ‘Da Hype’ (which all went Top 40 in the UK) as well as his debut album ‘Trust It’ in 2004 which featured all of the above as well as his still-smoking club mix of the aforementioned Ibiza classic ‘Thrill Me’ (with Erick Morillo and Terra Deva).

He was also one of the most prolific house music mixers of that magical era, and we haven’t even mentioned his chart-topping disco classic ‘Make Luv’ by his alter ego Room 5, which made it to the very top of the charts in 2003 in the UK. As a DJ as well, he dominated dance floors relentlessly across the globe, including his residency at Pacha in Ibiza, where he really came into his own as the master of his own sound for Defected.

But where has JJ been since we last danced to his music?  “I’ve been away!” says Junior Jack, AKA Italian DJ/producer Vito Lucente of the past couple of seasons that he’s spent hiding behind the scenes. “Everybody talks about a comeback, but I never stopped making music so it’s not a comeback, I was making music but not releasing it.” Talking of music, Vito says his way of making music has never changed. “It’s not a new start, it’s a continuation,” he reasons. “I always create music the same way, I do music without asking questions to myself and I deliver music to the record company! I’ve always found it difficult to talk about my music myself! But most of the time, I do it very quick. When you have the idea in the head, it’s easy to do with synths and computers and if I spend too much time thinking, it’s not always good. So I create quickly! In 25 years of making music, the good feedback is always to music I did very fast. ‘Room 5’ took 2 hours to make, ‘Stupidisco’ [which was a remake of ‘Dare Me’] I did in one afternoon! Spontaneous and fast.”

JJ sees 2019 as a return to where he began, a perfect circle of sorts. “Yes, it’s a return to where I started,” he smiles. “I wanted to check what PIAS thought after I delivered, and they liked the music and wanted to follow! So I am happy. They picked it up and I am happy.” The plan is for PIAS to release three EPS later this year and after that, he will concentrate on something more radio-friendly with vocals and, most exciting of all, the follow-up to his ‘Trust It’ album.

Ask Lucente if he enjoys making albums and the answer is an emphatic yes. “You’re able to do things you can’t do normally do with singles,” he reasons. “A track like ‘Distortion’ is totally different to ‘Another Thrill.’ People expect the same sound, but you have to mix things up. This is what I do!” Of the new music, the plan is to create three EPs and with different shades and sounds on each. Tracks like ‘Minimal’ are self-explanatory, ‘Another Thrill’ is a sequel of sorts “an older track but still very charming” and ‘Electrolux’ has housey beats with an electro-bassline.” Tweety, however, is something even more daring. “It’s a funny track – it makes people scream!” First up will be ‘Rich Man’ and ‘Tweety’ which look set to drop first, with ‘Another Thrill’ and ‘Electrolux’, ‘Minimal’ and ‘Distortion Cut’ coming later in the year.

Having worked with a variety of musicians and vocalists over the years – including Robert Smith from The Cure on ‘Da Hype’, when asked to name a classic album of his own, he says he has many in the memory banks, and not always dance music. “One of my favorites is the debut album from Erykah Badu and of course one of the bands I was a big fan of back in the day was The Cure: I love the song ‘Boys Don’t Cry’. I was very happy to collaborate with Robert when we were together in the studio. When you are a fan of somebody, they seem untouchable but he was happy to redo the vocal and he’s such a cool guy. We met in the studio in Metropolis in London and was a bit sad that day because his cat was ill!” He also cites Dennis Ferrer’s debut Defected album ‘The World as I See It’ as an all-time favorite.

Talking of Defected, Junior Jack hasn’t forgotten his roots with Simon Dunmore’s UK house label. And those early house music releases, albeit fifteen years ago, still resonate today. “I love Glitterbox,” he nods. “Simon for me is someone whose children I saw growing up, we knew each other from when Defected started. When they started in Ibiza, I was there. I am very happy to play again.” He’s also been developing some new software for producers: “my dream software! Finally, I found investors and I was working the last 3 or 4 years on that so that’s going to be finished soon… so I was away from the music market but I wasn’t away from music!”

Recently, his shows have been mostly headline gigs with JJ as the house headliner, and he sees himself in with the current greats, like The Martinez Brothers, Dennis Ferrer, Erick Morillo and Solomun. “At one festival, I shared the decks with Roger Sanchez which was cool as he’s someone I really respect and this year I’ll see people I didn’t see in a while, like Mousse T. I was just a kid when I went to see him for the first time and he’s stayed a very cool guy!” As for respected artists he would like to play with, he says either Solomun, Green Velvet or Hot Since 82: “I like what they do and I like the groove they have.” And now Junior Jack is returning with an inimitable house groove of his own: hold tight.