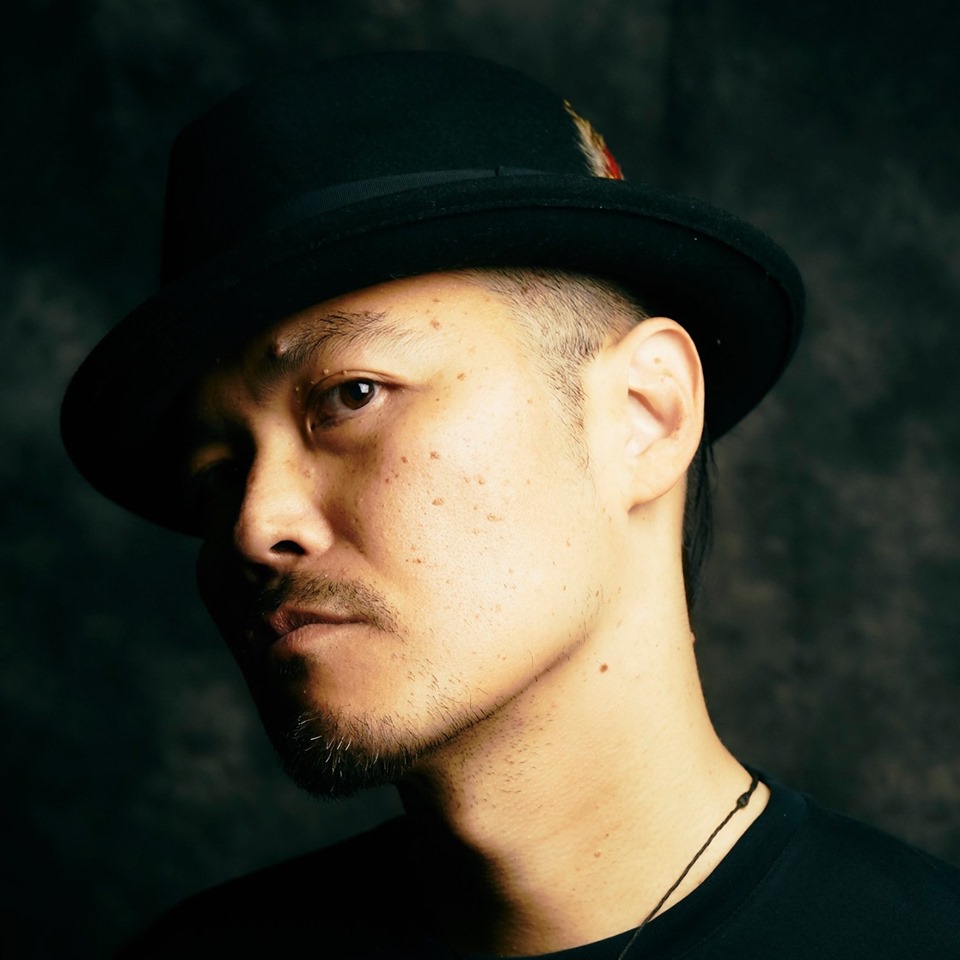 It was an occurrence in Shibuya that shed lights on HIDEYOSHI’s body that awakened him to express with an image, an inspiration and devotion that made even humans’ daily needs like meals and sleep pale in the mind of this Tokyo-dweller. HIDEYOSHI is definitely no stranger to nightclubs, ever since he was very young, where music and images have shaped, exposed and polished his nurturing musicality.

His talent and popularity have captivated the eye of the well-known Director TAKESHI KITANO, who directed the critically-acclaimed, Silver-Lion-winning samurai drama “Zatoichi” which HIDEYOSHI was able to showcased a remix work and played at Venice International Film Festival.

He started his music career in January 2012 and has shown great potential as a producer thanks to his musicality and creativity, steeled from his experience as a movie director and musical exposure on the streets and clubs. His discography includes more than 100 tracks on 30 different global labels within half a year only. As soon as he released his debut EP in April 2012, and rose to rapid fame, he has constantly received offers to a lot of World Tours. The EP topped the Beatport Top Selling Tracks in Japan in August 2012, and his album CD also attained success from Entropy Records of France in Paris in September. HIDEYOSHI also topped the global distribution in 2014 of the Beatport’s Minimal Chart. In 2015, his vinyl work was released under Detroit’s famous label “Soiree Records”. Within just under 3 years, his repertoire has amounted up to 300 records.

In September 2015, HIDEYOSHI started his own record label “Killer Crossover” where he tested his own musical experimentation. However, the journey was short-lived due to his personal illness that unfortunately lasted 4 years.

Nevertheless, he made a quick and powerful comeback in 2019. Under his belts, many digital tracks have been released by numerous international record labels, including “Suara” “FLASH Recordings” “ Sleaze Records” “Naked Lunch” “Frequenza music” “Eclipse” “Funk’n Dope”“De-Konstrukt” "Silve M" "Fresh Cut" "Luft" "Natura Viva" "Advanced" "Focus Records", and more to come in the near future

Who would have known under the utter darkness of nightclubs in Tokyo, shone a big rising star like HIDEYOSHI, forged by the deep spirituality, and passion for music. The bumping sound of HIDEYOSHI’s music guarantees to move your feet and vibrate the dancefloor. A new wide open door is waiting for this talented producer to conquer Japan as well as the World club scenes. The moment he stepped on, we all know that we are into the groove.

HIDEYOSHI also worked as an image supervisor for:

For more information and bookings at info@deejaybooking.com